Hello, everyone.
I knew this would happen.  I knew I would burst out the blogging cannon all blustery and energetic and then probably go pfffftzzz...
Well, what can I say? Besides reiterate the fact that I pile waaaaaay too much on my plate.
Exhibit A: The Sound of Music.
It's over now.  Has been for a week, and it's taken me just about that long to recover.  Certainly it took three whole days to reclaim some sort of ordinary sleeping pattern, and then with the long holiday weekend (I had Monday AND Tuesday off! Whee!!) I've gone and messed that up again.
I have a couple of good Rapunzel updates to make, one on my progress with the bustier and a general game plan from here to the deadline, and one on my embroidery (progress and technique), however, until the camera is returned from yonder places it was taken on someone's vacation, I cannot yet prepare the photos.
So, since this is a costuming blog, I decided to warm up the creaky old blog cogs by sharing a few photos of our cast (me included, of course!) in their costumes for The Sound of Music.*
The Sound of Music - Costumes and Fun 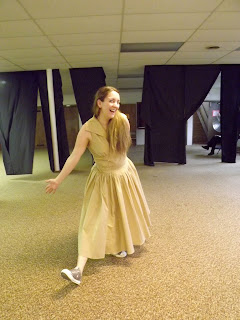 Here is my first costume as Baroness Elsa Schraeder, before hair, makeup, or shoes. I got a lot of compliments on that particular style combo! 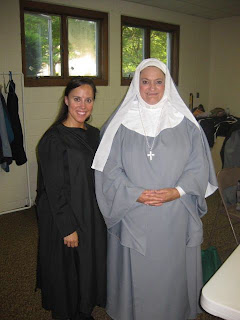 Our Maria and Mother Abbess! 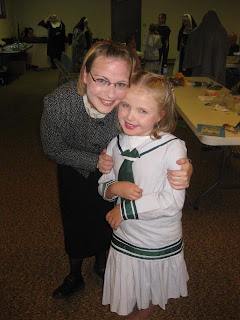 Here is Marta again, pictured with her real life mom, who played Frau Schmidt, the housekeeper. 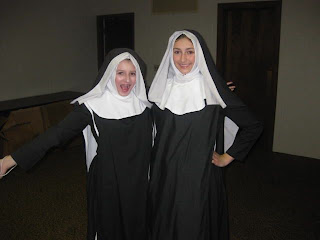 Nuns!!!!! (Or, as my brother the director collectively called them: "Nunyuns") 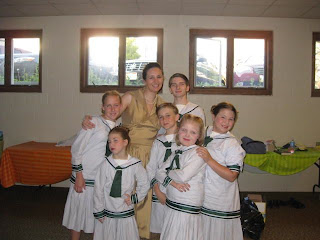 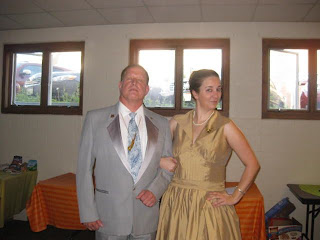 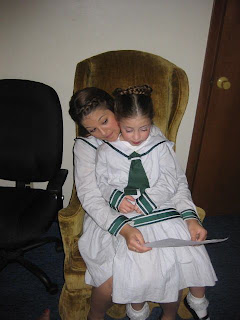 Liesl and Gretl, waiting for their first entrance. 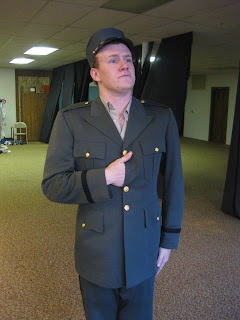 Rolf. This kid was responsible for christening me with my nickname among the cast: "Darth Schraeder" Apparently no matter what I do I have an affinity for Sith Lords... 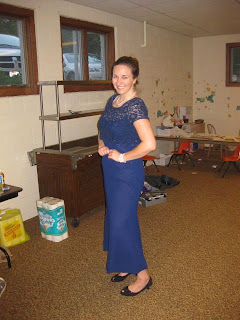 My second of three costumes.  This one is for the party scene near the end of Act I. 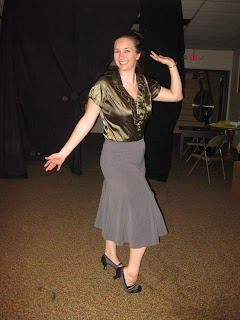 And my final costume, which I'm wearing when the Captain and Elsa part ways.  Funnily, there was very little "magic" wearing this costume, because it's actually an outfit from my own closet, that I wear to my job on a frequent basis.
And that's that, folks! Look to be returned to the world of Rapunzel and purple satin later in the week! (Hey! That's some news! The plum satin for the center skirt panel arrived in the mail a couple of weeks ago!)
*All of these photos were posted with permission of their subjects, including the parents of the minors.
Posted by Faith King at 11:49 AM