O is for Osiris

The second "NO" lady is Osiris.

"But wait!" you may be saying if you're a student of Egyptian mythology. "Osiris is the Egyptian god of the afterlife and he's male!"

He's also a Goa'uld who took a female host by the name of Sarah Gardner about five years after the Stargate was uncovered on Earth. 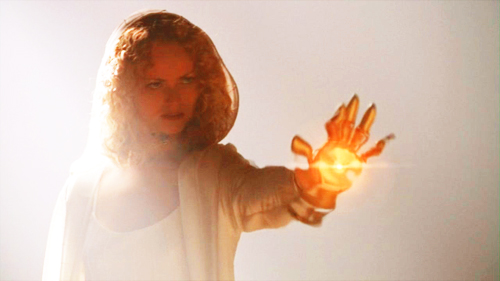 See? Now he's a she. And like all Goa'uld, ostentatious doesn't even begin to describe her dress sense. 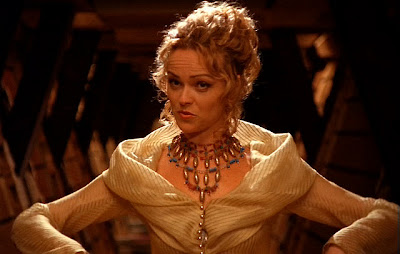 Osiris doesn't think much of you. But you've got to be impressed with that necklace! 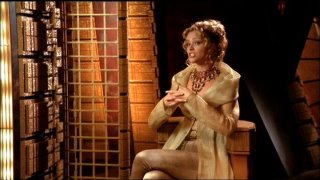 The Jaffa are quick to compliment her outfits.
This one's a bit to risqué for my tastes, but I wouldn't tell that to her face! 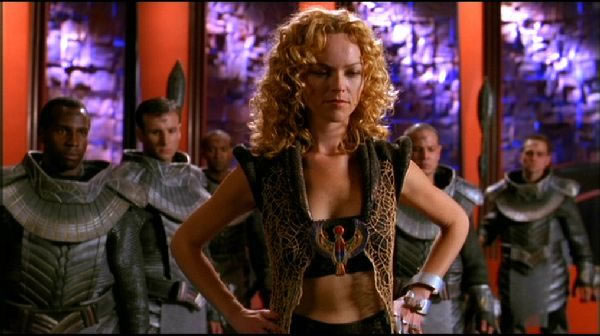 All of these outfits are fun, and varying levels of complicated. I really do love the necklace on that second one, but were I to ever tackle our disgraced System Lord, I'd go with her white "Egypt" outfit. It's the easiest, and also probably the most recognizable amongst Stargate SG-1 fans.

All the screencaps below are taken from the climactic episode of Season 4 called "The Curse" in which Daniel Jackson learns the horrible truth-- that his former girlfriend and colleague Sarah has been taken over by the long-dormant Goa'uld Osiris. She makes her escape before Daniel can rescue Sarah, now a prisoner in her own body.

The scene is beautifully filmed, especially the lighting, which puts this beautiful costume to great advantage. There's a refreshing, regal, timeless simplicity to the white linen, and I love how it seems to reflect both the masculine and feminine influences in Osiris's new manifestation. 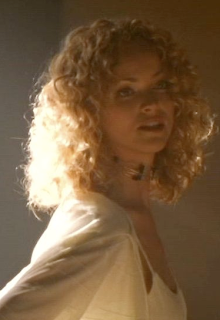 Quite simply, we have a matching set of loose pants, tank top, and light coat with a hood. 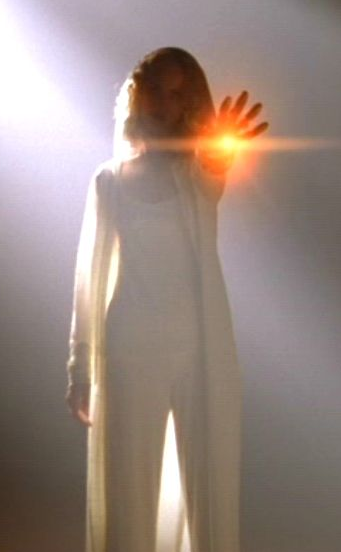 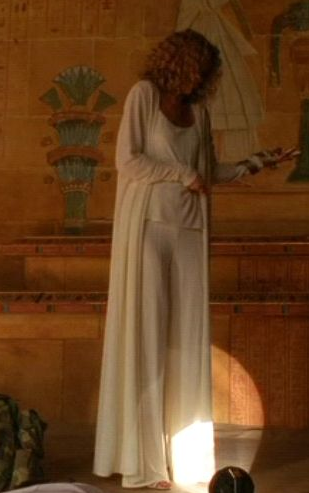 If you look closely, the linen is ribbed. The fabric is the same for all three pieces.

The great thing about these pieces? They're super easy to find patterns for. I've posted the first three I found to be acceptable below, but I'm sure even more browsing will yield a wide range of optional patterns. Heck, maybe you could find one with all three together!

The other thing I love about this (from a costumer's perspective) is that the necklace would be quite easy too. Plain silver band chokers with black and pearl beads.

And if you don't have short, blond, curly hair? A wig, definitely a wig. 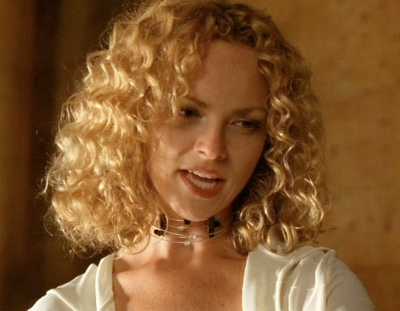 Tomorrow we're back to the good guys for a while!
Posted by Faith King at 8:00 AM