Y is for YoSaffBridge

I confess, one of the reasons I chose this for my Y entry was just so I could explain the name.

"YoSaffBridge" is a con artist from Firefly. 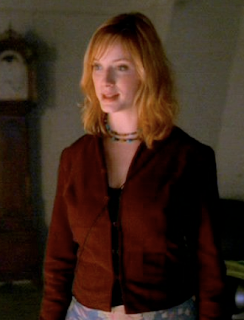 We first meet her in "Our Mrs. Reynolds" when she shows up on board the ship claiming to be the Captain's new "reward" wife, Saffron. 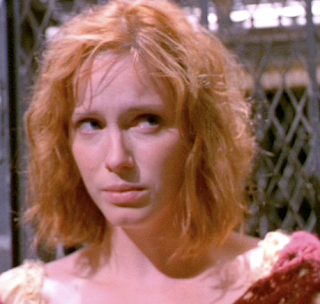 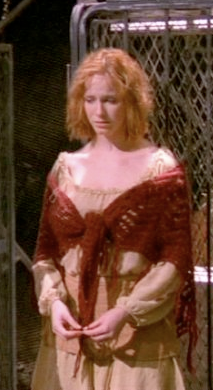 She manages to convince the entire crew of her identity, before she sabotages the ship and leaves it drifting for parts scavengers. 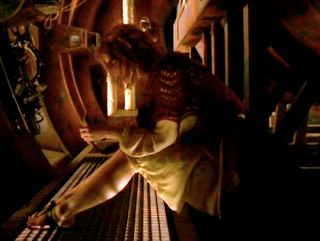 Unnecessary photo, but it's one of my favorite frames in all of Firefly so I decided to include it. If there was any chance at all in a "YoSaffBridge" getting recognition at a convention, the 'Saffron' version would probably be the best bet. You might have to learn to crochet that sweater, though.

Later, Captain Mal runs into his ex-wife in the beginning of the episode Trash, and he's none to happy with her. In her latest ploy, she was going by the name of "Bridget" and posing as the wife of one of Mal's old war buddies. 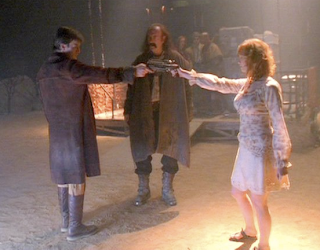 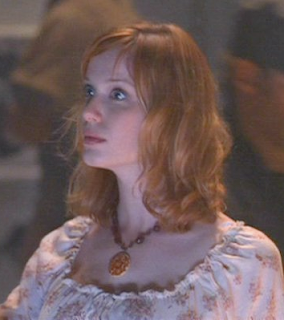 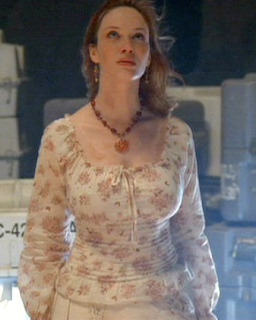 I like "Bridget" best of the YoSaffBridge ensembles. The horizontal ribbing on that blouse would be an experiment in and of itself, but all in all, it's just pretty. I would wear this out in real life too.


Finally, our slippery gal convinces Mal & Co to help her on one of her cons, and in the process they run into the man from whom they're stealing, who she introduces as, you guessed it, her husband. This time her name is "Yolanda". 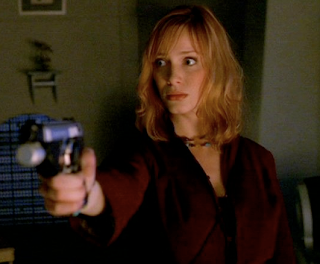 In a fit of exasperation, Mal calls her "YoSaffBridge" and the name stuck with the fans ever since.