S is for Sybil Crawley

Downton Abbey is all the rage these days. And so too is Downton Abbey fashion! (In the costuming world, anyway). I watched the entire series to-date in the span of about a week. The letter "S" was a good opportunity to squeeze Downton period costume love into this month's tributes.

Lady Sybil Crawley is the youngest of the three daughters on the show. 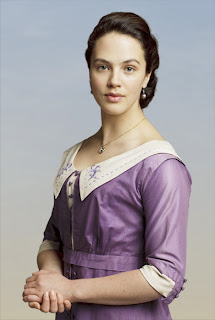 Here they are all together: Edith, Sybil, and Mary (left to right) 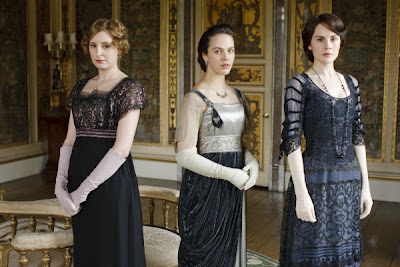 One of the things that's especially neat about Sybil as the subject of an entry is that her costumes especially reflect her character. Sybil is a very progressive young women, interested in women's rights and new ideas. One of the most famous scenes is when Sybil comes to dinner in her new "surprise" frock and causes a minor scandal: 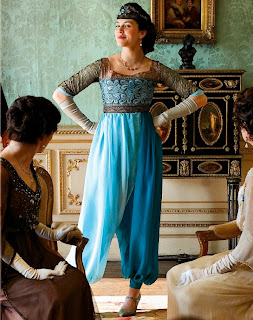 Later, after the advent of World War I, Sybil exchanges her beautiful clothing for a nurse's uniform. 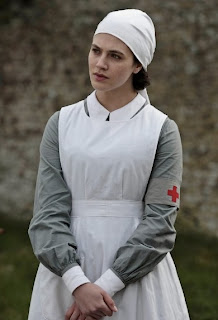 Here are the sisters again, decked out for a summer lawn party: 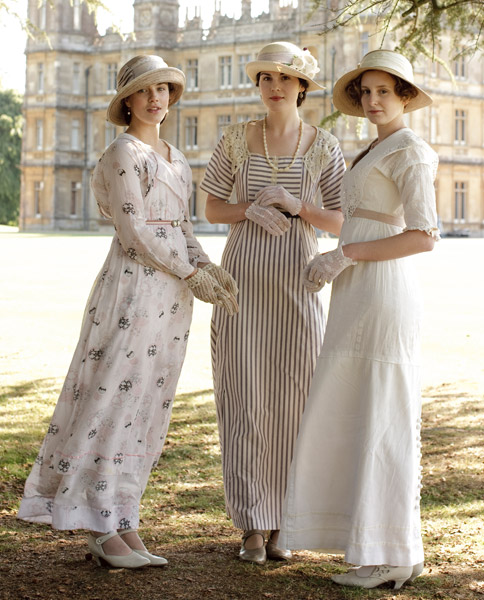 Although I am by no means a fashion historian, in preparing this post I have reinforced some things I vaguely suspected about a misconception surrounding the fashion of Downton Abbey. Namely, that people call it Edwardian, and it's not. Not really. "Titanic-era" is better, at least for the first season, since it opens with the sinking of the Titanic. "Pre-WWI" might serve as well. The truth of the matter is that this particular time period is the bridge between true Edwardian fashion and the famous "flapper" era of the 1920's.

Maybe we could officially call it "Downton Abbey" fashion from now on? 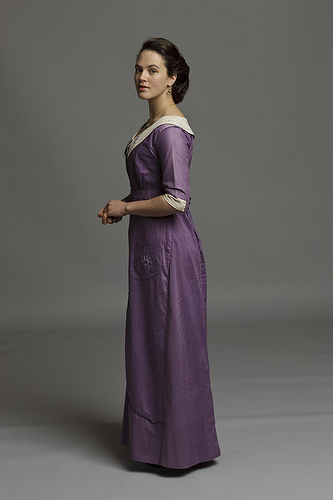 There are some great starter choices for patterns out there, and I'm sure as the show gains popularity there will be more cropping up in the next couple of years.

Simplicity 8399
Butterick 4212 (I'm not sure I'd pay the price this site is asking, unless further research proved it to be a super rare, hard-to-come-by pattern and you simply had to have it)
Past Patterns 1900-1920's Here you'd want to be careful to choose clothing from the 1914-1920 timeframe, more toward the bottom of the list. It's easy enough to see which ones are more 'Downton-esque' There's even a pajama pattern that would serve to make Sybil's harem pants!

Were I to want to make a Sybil Crawley costume... well, of all those shown in this post I like the lawn party dress the best, but the nurse's costume would be a fun slice of history to recreate.
Posted by Faith King at 8:00 AM